The pre-requisites installation in one of my recent SharePoint 2013 farm installations was failing at the step where it configures the Application Server and Web Server role for the Server: 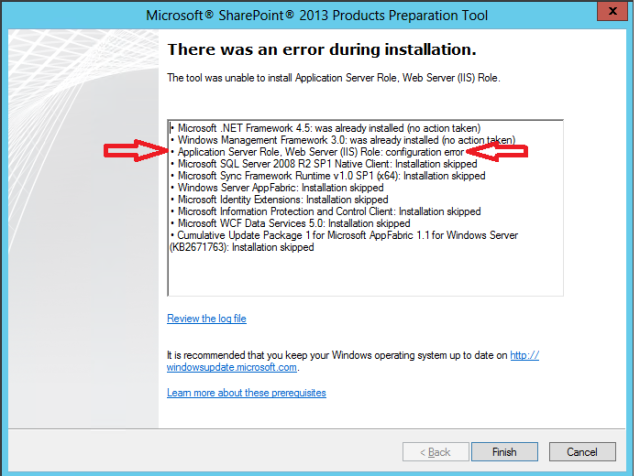 Since I did not find much community guidance around this, I thought I’ll do some research myself and post the solution for other’s benefit as well.

That’s it. Your pre-requisites installation should proceed as intended after you install these tools… Good Luck with your install!